A Christ centered ministry showing the kindness of Jesus to those in need while working with community partners to provide our neighbors basic needs and personal growth opportunities.

The Christian Service Center was organized in December 13, 1965 under the direction of the Sixteenth and Vine Street Church of Christ elders. By January 1967 the work had grown to include four other congregations, each assuming some financial responsibility. With the continuing growth of the program, Sixteenth and Vine Church, according to their original plan, turned the oversight and major financial responsibilities over to the University Church of Christ, then the College Church, on May 1, 1968. That same year the facility was moved to its present location, 901 Mesquite Street, housed in old Camp Barkeley barracks donated by ACU. The buildings were renovated, and the work flourished. By the end of 1968, over $28,000 in clothing, cash, other supplies and services were distributed.

Jessie Eubanks was the first director, serving for one year, followed by the five-year leadership of Mrs. Peg Leverett Smith. She began Operation Blue Jeans, launched mainly because of a group of Abilene Christian College students’ donation of funds to purchase new jeans for needy children. This has been one of the most successful and popular programs over the years. In 1972, Paul Garrett became director of the Center. He initiated the Feed the Hungry program, “Operation Under Cover” (blanket drives) and an annual drive to collect and donate school supplies to low-income elementary and middle school children. He served in this role for thirty years and was succeeded in June of 2003 by the present director, Jim Clark.

The Christian Service Center has become a significant provider to low-income people in Abilene who are in need of the basic essentials. In 2013, CSC embarked on a capital campaign to fund the renovation of a much larger building for this ministry. On April 3, 2017, the new location of the Christian Service Center opened at 3185 N. 10th St. The new facility is well equipped for serving more of our neighbors in Abilene and has provided the opportunity to add new services which can help people who are dealing with issues of economic insecurity and poverty.

Local churches, individuals, private foundations, United Way and service clubs in Abilene help support the work of the Christian Service Center.  Each weekday it serves our low-income neighbors, carrying out its mission:  To show the kindness of Jesus to those in need.

What Is Christian Service Center
2x

Our team is here to help, give us a call today:

Got a great idea? Reach out to our team and we’ll kick-off the conversation. 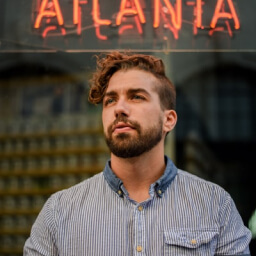 New Accounts
jonathan@yugeinc.co
Thank you! Your submission has been received!
Oops! Something went wrong while submitting the form.